Meals on Wheels is an iconic Australian Charity that has been bringing local communities together for more than 60 years. The 15,000 volunteers who make Meals on Wheels possible, deliver 2 million meals a year to more than 10,000 people with a wide variety of support needs, not just meals for seniors. People may be; in their senior years, recovering after hospitalisation, a major illness or surgery, a person with a disability, a carer, or needing assistance due to a special circumstance. Meals on Wheels offer much more than a just meal by providing a daily visit to monitor the health and well being of the clients who may not see anyone else during the day.

Excerpt taken from the 30 year anniversary celebration which occurred in 2004:

What follows is a very brief outline of the history of our Service (Bribie MoW); from its inception until today (2004).

Prior to 1974 a number of local residents were feeding around 7 needy folk, cooking meals in their own homes.

As the number needing assistance grew, a group of concerned citizens, together with Service Clubs and Church groups united to form Bribie Island Meals on Wheels and the kitchen, on the verandah of the Anglican Church, was offered for use as a place to cook the necessary meals.

Beginning on March 4 1974, 15 meals were prepared and delivered from this Centre, 5 days a week, at a cost to Recipients of 70 cents a meal.

Meanwhile, around 1976, one of the Bribe Island Lions Club projects was the building of the Golden Age Centre for the over 50’s and they asked Meals on Wheels to join in this with them.

Land was granted at Woorim, on the surf side of the Island and the money collected. In 1979 a $5 to $1 subsidy was granted by the State Health Department to build premises for use by the two Organisations.

The Golden Age Centre was completed in late 1982 at a cost of $550,000. In January 1983 Meals on Wheels moved into the well equipped new kitchen and, at this stage, we were cooking some 50-60 meals a day and, with three delivery runs, were providing meals to Recipients at a cost of $2.50 per meal per day. In 1987 our Service became an Incorporated Body.

At the beginning of 1991 it was decided to extend the Day Respite Centre – which is adjacent to our kitchen – as a result, the back doors were removed and the driveway became a much needed office and waiting room for the volunteers.

Early in 1999 the back doors were again moved and, at a cost to our Service of some $45,000, the kitchen was extended and new equipment installed.

The increased workspace has made it easier for our Cook and our marvellous kitchen volunteers who, between them, are now producing an average of 150 meals each day, five days a week. Each meal now costs $5; an increase of only $1 per meal, in six years.

With our wonderful volunteers filling the Rosters for 5 delivery runs per day on Bribie Island.

We have, since March 1999, cooked meals for Recipients of the (Mainland) Ningi area. In order to save the Ningi meal deliverers a 16km return trip to our kitchen, we leave meals at the Neighbourhood Centre from where they are picked up by the Ningi run folk. Their Co-ordinator is doing an excellent job finding volunteers and organising daily runs. 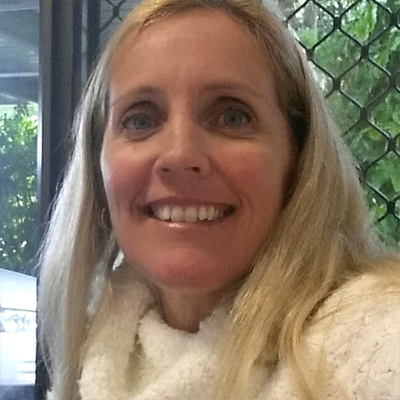 “I’ve been at Bribie Meals on Wheels since 2010 and although my husband, son and I don’t live on the Island, I love the community feel of it  🙂
Have you ever had something happen to you that you thought was bad but it turned out to be for the best?  Yes, being made redundant at my previous job that I’d held for 13 years but it allowed me to be available for this amazing job I hold now.”